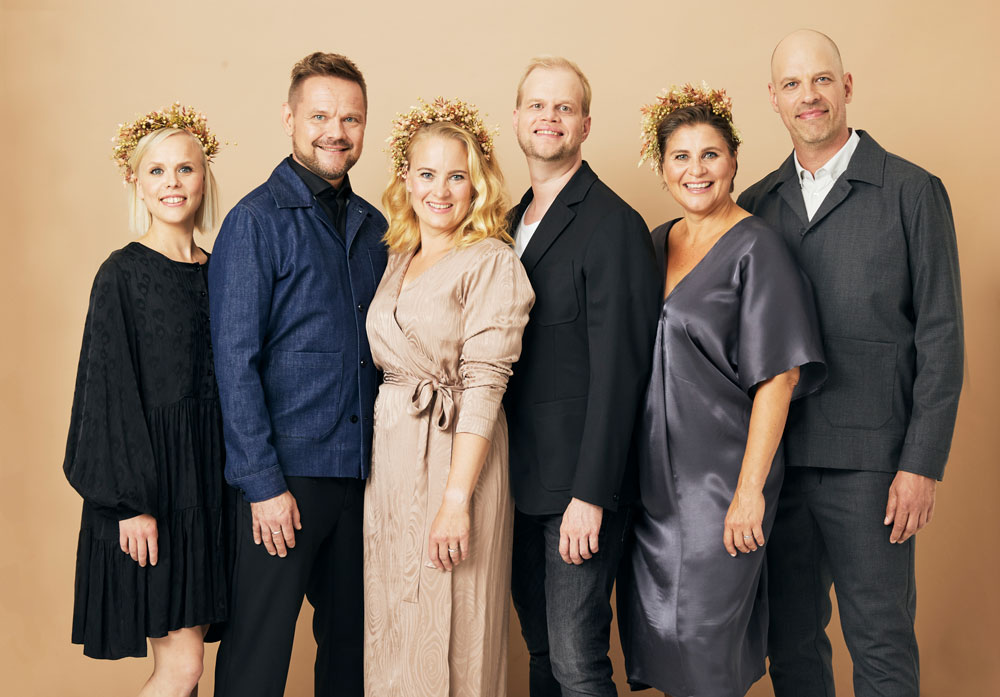 The Finnish word Rajaton translates as “boundless” – a word that so accurately describes the way this six-voice a cappella ensemble approaches music. Rajaton exposes their audiences to the kind of diversity of repertoire, singing style, and stage presentation that has made them a phenomenon on the world stage.

In Finland, Rajaton is a bona fide pop phenomenon, successfully bridging the gap between classical and mainstream and the group has grown immeasurably through collaborations with other a cappella artists, including The King’s Singers and The Real Group, as well as productions with film directors and choreographers. But it is perhaps their deep passion for choral art, their generosity of spirit and their sheer enjoyment of singing that has won the hearts and acclaim of audiences and critics everywhere.

In 2022, Rajaton celebrates 25 years of music-making. The voice is boundless.